Complete Witness Subpoena Form - State Of Georgia County with your personal data - all interactive fields are highlighted in places where you should type, access drop-down lists or select multiple-choice options. 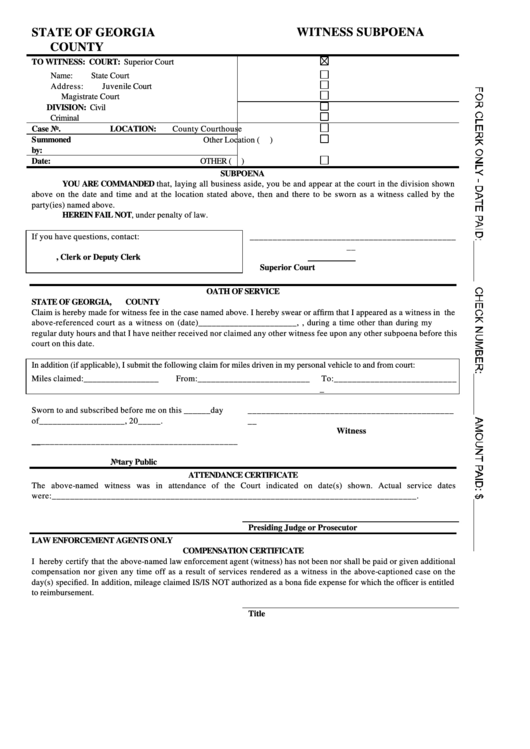 State Of Georgia County Of Fulton Affidavit Of Residence Legal