Complete D.c.form 13g - Emergency Letters Of Guardianship with your personal data - all interactive fields are highlighted in places where you should type, access drop-down lists or select multiple-choice options. 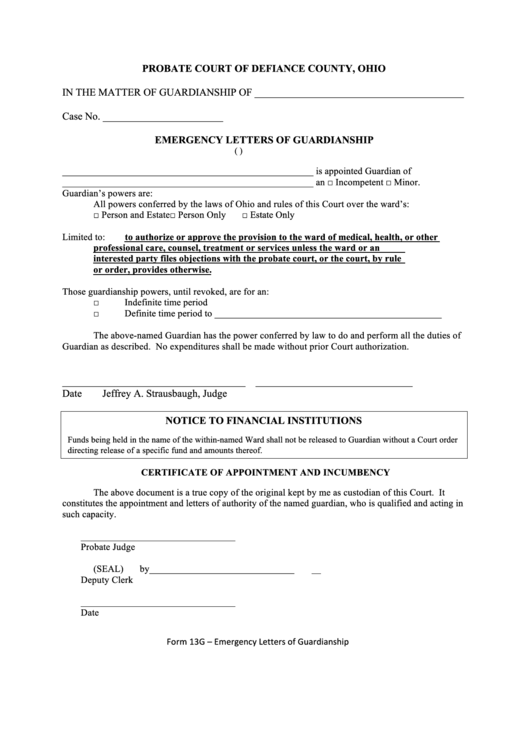 Letters Of Guardianship Of A Minor Legal