Complete Form A-1 - Sworn Statement Under Section 287.133(3)(A), Florida Statutes, On Public Entity Crimes with your personal data - all interactive fields are highlighted in places where you should type, access drop-down lists or select multiple-choice options. 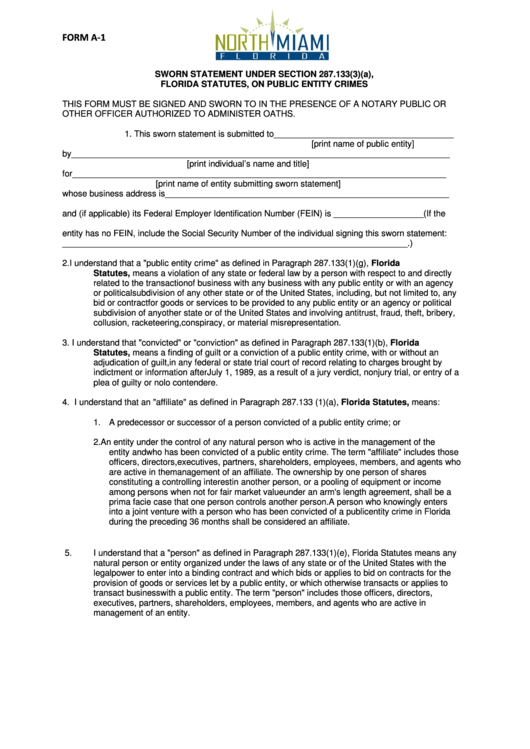