Complete Form Poa-30 (State Form 49396) - Widow'S Affidavit Form For Disposition Of Estates with your personal data - all interactive fields are highlighted in places where you should type, access drop-down lists or select multiple-choice options. 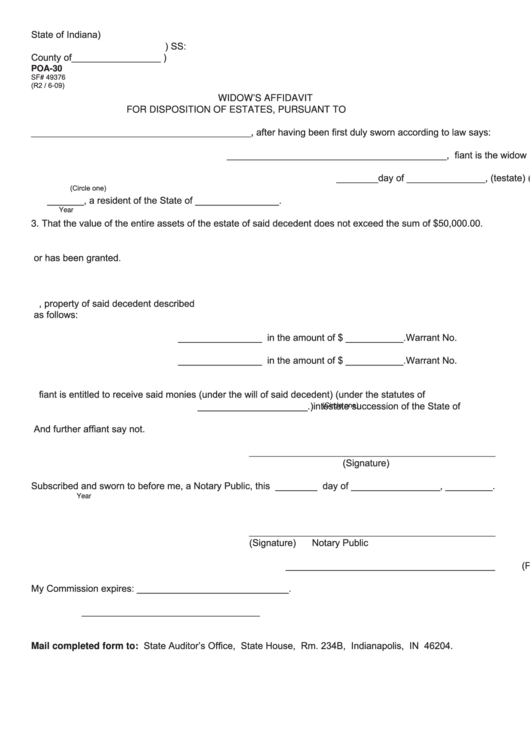