Complete Dd Form 2831 - General Release Where Talent Fee Etc. Accrues To Participant with your personal data - all interactive fields are highlighted in places where you should type, access drop-down lists or select multiple-choice options. 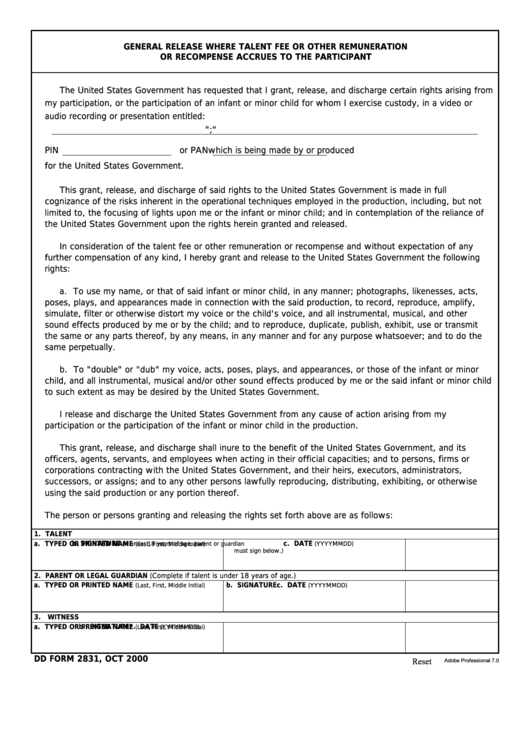 Registration, General Release Of Liability And Convenant Not To Sue For Minors Form - Georgia Department Of Natural Resources Legal