Complete Form Poa-30 - Widow'S Affidavit For Disposition Of Estates, Pursuant To I.c. 29-1-8-1 with your personal data - all interactive fields are highlighted in places where you should type, access drop-down lists or select multiple-choice options. 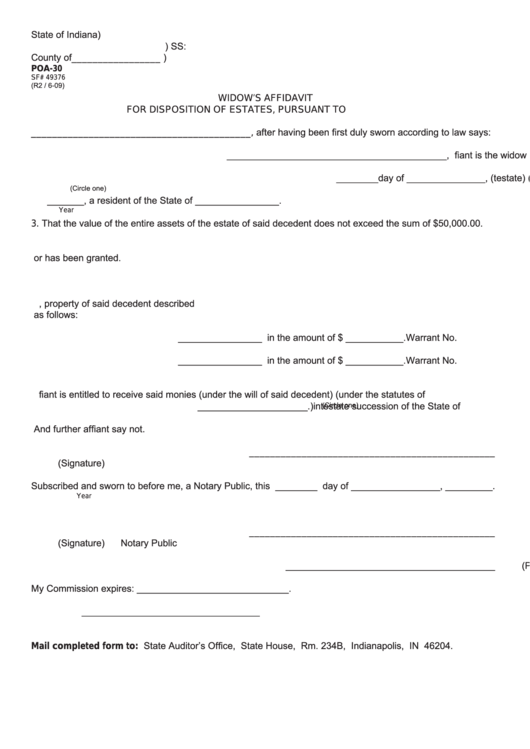 Form No. F-a-23 - Affidavit For Extension Of Area Validity To Other States/all India Legal