Complete Form Ft Com - Request For Permission To File Or To Amend A Combined Corporation Franchise Tax Report - Ohio Department Of Taxation with your personal data - all interactive fields are highlighted in places where you should type, access drop-down lists or select multiple-choice options. 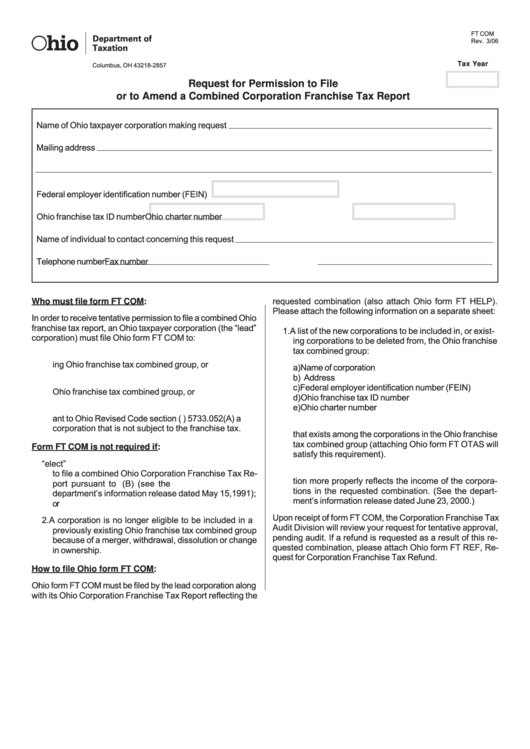